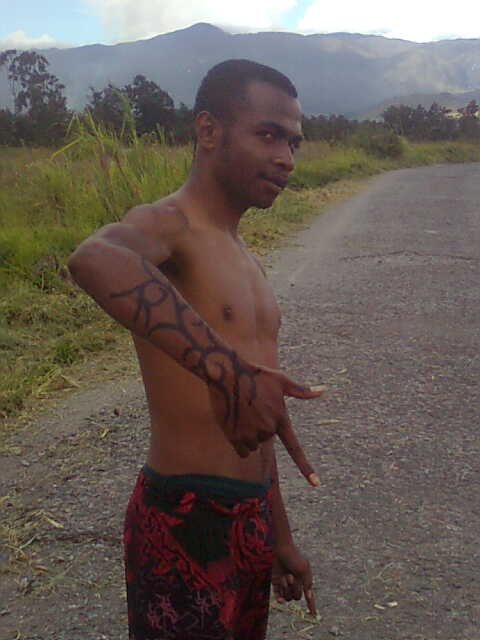 Blessed are those who speak forth the truth.

The first TPN-PB – OPM was set up by Komite Nasional Papua Barat (KNPB) in Biak in 2012. This TPNPB then formed affiliation with Jefry Bomanak Pagawak who has been based in Scotiau, Vanimo, Port Moresby, Kiunga and Mount Hagen.

Another TPNPB is also called TNPB, short name for “Tentara Nasional Papua Barat“. This TNPB has been called TPN as well under the command of H. R. Joweni until the formation of WPNCL on 20 December 2005 when Joweni was elected as the Chair of the WPNCL.

Among these, there is West Papua Revolutionary Army (WPRA), which is called Tentara Revolusi West Papua (TRWP) with Gen. WPRA Mathias Wenda as the Commander in Chief. The WPRA was formed as a result of TPN/OPM Summit that was held after being endorsed by all military commanders in the jungles in 2005-2006 and held in Vanimo, in which WPRA was officially separated from the political organisation called OPM (Organisasi Papua Merdeka).

WPRA anticipated that a political grouping will be happening in the near future, most probably OPM with new leadership and organisation.

The name TPN/OPM (TPN slash OPM) has been very commonly used among West Papua independence fighters, making it complicated for Papuans ourselves to see who we are: “politicians” or “military fighters”. The rhetoric, the way of thinking, the concepts of the independence movement, as well as the naming of all have been mixed and misrepresented and misunderstood both by Papuans ourselves and more by the international community.

WPRA separation from OPM gave path to all other groups within West Papua independence movement to call themselves NOT TPN/OPM anymore, but it became DM-TPNPB, TPNPB and TPN-PB, or TPN.PB.

We all know when WPNCL applied for MSG membership, the MSG leaders asked West Papuan independence fighters to re-apply with all-inclusive organisations, primarily because the NRFPB was not inside the WPNCL.

Why WPNCL was not regarded as fully representing West Papuans or West Papua?

Only one possible answer: One-Star Group only applying for membership, the 14-Stars Group was not included.

Now, why West Papua Army, and NOT TPNPB?

West Papua Army (WPA) is the name as a result of political lobbies and calculations. It was formed as step to get out from the “One Star – Fourthen Star Groups Stigmatization“. We all want to be free from Indonesian colonialism, therefore we need to unite politicaly and militarily.

Therefore, ULMWP is not undermining or forgeting the OPM, and WPA is not getting rid of the TPNPB, but we are progressing from one chapter to the next one, from one page to the next one, towards our goal: Free and Independent Republic of West Papua.

So, all TPN/OPM, TPNPB, TPNPB-OPM, DM-TPNPB, WPRA, WPNCL, we are all from the “One -Star Group”. We are now joining with the “Fourteen Star Group”, called NRFPB and TNPB (Tentara Nasional Papua Barat – Wet Papua National Army).

for a Free and Independent West Papua

The Roof of the Melanesian Elders

Eight Plus One Ministry

To Spread the Gospel, from Melanesia to Indonesia!

This is My Origin and My Destiny

Patient Spectator of the TRTUH in Action

Where All Spirit Beings Talk for Real!

to Free Melanesia and Melanesian Peoples from Satanic Bondages